Scars and the emotional effects it can have

Scars and the emotional effects it can have 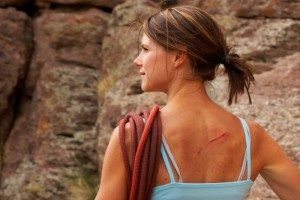 There are many types of scars which could be caused by many different things, but what most of them seem to have in common when someone has them is that they tend to have long term emotional effects on a person. That is not even mentioning the discomfort that a scar may be causing. The emotional state could be caused by the often negative memory of how the scar occurred, or from being unhappy about the appearance of the scar. Studies that were done in South Africa revealed that the presence of scar tissue had some strong psychological effects on people.

The study also revealed that 40% of South African woman were self conscious about their scars. The woman revealed that they often have feelings of embarrassment, anger, fear, anxiety and even sadness. Psychological impacts are directly linked to scars caused from motor vehicle accidents, a violent crime and serious burns. There are some positive feelings related to caesarean sections and child birth. Some women however have negative feelings towards the abdominal scars and this has been linked with a negative feeling towards having had caesarean births.

Social, emotional and psychological effects of scars are particularly more notable on people with visible scars. Some individuals in the studies were suffering from low self esteem and high embarrassment levels due to the visible scars of the facial, neck, arms and hand areas. The only way that they are able to feel better is when they are able to cover the scars by means of long hair, high collared clothing and gloves. Some have gone so far as to withdraw from any social events or any activities because the scars show, and they do not want anyone asking discomforting questions.

There are several ways in which you can reduce the appearance of the scar as well as the height. One way is by doing scar reduction surgery, which is quite costly and very painful. Scar Heal offers you a painless option and one which is more cost effective. Scar Heal Silicone Sheeting and the Scar Esthetique Crème lightens the scar to blend in with the natural colour of your skin, and it reduces the height of the scar.

The result being that your scars will be much less visible, and in turn will give your confidence and self esteem levels a boost. You will no longer have to hide behind any items of clothing, but will be able to walk with confidence in the knowledge that your scar is not a vocal point of anybody’s questions or glaring stares.