What causes Acne Scars and what are the treatments?

What causes Acne Scars and what are the treatments?

A pimple lasts about 3 days before it disappears, but what about the scar that is left? Scars are formed from the intense collagen-damaging, skin inflammation especially if the pimples were cyst like. So not all scars are formed just from picking at the pimple. Here are the top strategies given by dermatologists for healing acne scars and keeping new ones at bay.

What does a scar caused by acne look like?
Acne scars form in an area where cystic blemish lesions were present before. There are three different varieties of acne scars, says Hayes Gladstone, MD, who is a professor of dermatology at the Sanford University. 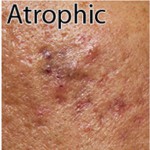 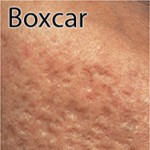 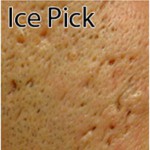 What causes acne to become worse?
Sun
The sun can cause the scars to become much darker in colour and can slow down the healing process. This happens because the ultraviolet rays from the sun stimulate melanocytes (pigment producing cells) which lead to further discolouration. For the best protection against ultraviolet rays apply a broad spectrum sunscreen that contains a SPF of 30 or higher and that contains Zinc Oxide. You have to re-apply the sunscreen after every swim, sweating or every 2 hours of being in the sun. Try to avoid being in the sun between 10am and 2pm. It is also advised to wear protective clothing such as long sleeved shirts and pants and to also protect your face by wearing a wide brimmed hat.

Picking and squeezing
Scars are made up mainly of collagen which is a protein fibre found in the second layer of the skin. The body uses collagen to repair any scar. Acne scars are typically indented and this is caused because of the collagen loss from the intense inflammation of the pimple. When you pick at a pimple it causes more inflammation and it causes injury to your skin, which only makes the discolouring and scarring worse. If you squeeze a pimple you cause the puss and the bacteria to spread deeper into the skin, which causes more collagen damage says Ron Moy which is a professor of dermatology at UCLA.

So what can be done to reduce the uneven appearance of the skin caused by acne scars?

Cortisone and fade creams – These offer some relief but not a solution
If the scar is red and inflamed, use an over-the-counter cortisone cream. The skin cells absorb the cortisone and this will then reduce the inflammation. You will then need a skin lightener cream that contains Kojic Acid (a natural skin lightener derived from mushroom extract), Arbutin (bearberry extract), and Vitamin C, to lighten the scars pigmentation. There is however no over the counter products that can fill the indentations left by the acne.

Laser and filler treatments – These need to be repeated every 6 months or so
You will need to consult with your dermatologist if your scars don’t fade away on their own. To fill in the indentations made from the scars, you might need fractionated laser technology. The non-ablative laser treatment stimulates the production of collagen without damaging the skins surface. The ablative laser treatment (CO2 and erbium) vaporises the scar and allows smoother skin to take its place. You can also use filler injections to fill the indentations that have been left behind from deep acne scars. The downside to fillers is that due to the fact that the product gets re-absorbed into the skin, you will have to get fillers every four to six months.

Scar Fx Silicone scar treatment
For more than 20 years the efficacy of silicone gel sheets have been proven over and over by surgeons and scientists around the world for the ability to reduce swelling and discoloration of both new and older scars.

The silicone gel sheets adhere to the scar, are reusable and a single purchase will be sufficient to treat your scar. The silicone sheets are to cover the ance scar area at night and we recommend the use of Scar Esthetique advanced scar therapy cream during the day.